Once Upon A Time…

Here's how it all began

…in a tiny, magical place barely touched by time, there lived a clever man by the name of Samuel Hodby. It was the late 1700′s and hundreds of travelers passed through this very spot. Their journey carried them between the distant North of Montreal, Canada and the bustling American harbors of Portland, Maine and Boston, Massachusetts. Samuel knew that his land in Lower Waterford, Vermont was the mid-way point on this major trade route. And being a clever entrepreneur, he recognized that the weary tradesmen as well as loggers on the Connecticut River below needed a place to buy provisions, enjoy a bit of ale, and rest bodies tired by the 18-day round trip. And thus began the tradition of hospitality in what was to become RABBIT HILL INN, and in what was then called the Samuel Hodby Tavern — an actual tavern, general store and provider of overnight lodging.

Noticing such activity in the area, Jonathan Cummings erected his home and workshop right next door to the inn. This structure consisted of 6 rooms — 2 per floor. The shop was located in what is today part of the foyer and all of the front dining room. The year was 1825 and the shop produced wagon wheels and sleigh parts (no surprise) as well as winnowing machines. (These were a wind-driven mechanism for separating the grain from the chaff. Previously, this was accomplished only by muscle power, as the men flailed wheat on their barn floors.)

Because it became obvious by the early 1830′s that innkeeping was the truly profitable venture, Cummings sold his building to Fred Cross and a Mr. Hale, who had by now purchased the Samuel Hodby Tavern as well. From that day forward, these buildings have remained joined as one property. It has run as an inn except for the years between 1912 and 1957 when the inn and town buildings underwent restoration and this property was held as a private residence. What follows is a brief chronology of ownership of this property as best we can determine: 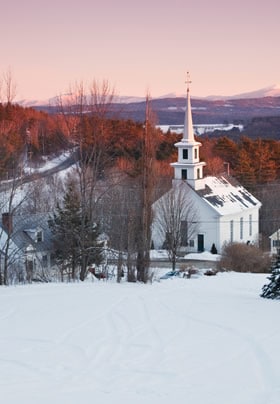 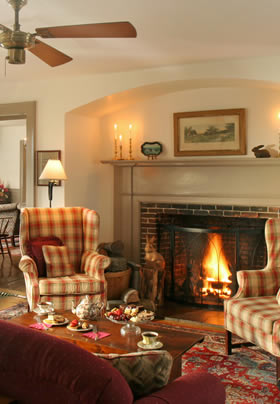