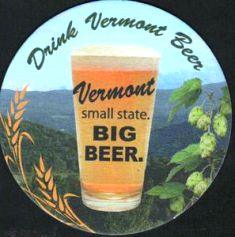 Beer lovers are heading up to Northern Vermont to taste (and fill their trunks) with all the nationally  award-winning craft beers made right here in the neighborhood. Our “Top 7 Local  Breweries Tour” features the best of the best for Vermont (and nearby White  Mountains).  Case in point, the world famous Hill Farmstead Brewery in Greensboro  Vermont has  become the ultimate beer pilgrimage. This is why we proudly place it in  the first position for  our Top 7 Brew Tour.  Here’s what you need to know:

The Alchemist in Waterbury VT.  Home of the flagship double IPA, Heady Topper – 3rd highest-rated beer in the world. Beer pilgrims come from afar to get their hands on this beer. People hoard Heady Topper. Sadly, the brewery is now closed to the public. But you CAN get Heady Topper. The website will guide you to the daily list of nearby locations that received deliveries.  Alchemist Brewery, 35 Crossroad, Waterbury, VT (802) 244-7744

Trapp Lager Brewery in Stowe, VT.  Known for their traditional European style Lagers. You can taste a flight of 7 varieties in their bakery/Deli. Brewery not open to the public.  Trapp Lager Brewery , 700 Trapp Road, Stowe VT  (802) 253-5709