Awesome day for Rabbit Hill Inn!  We’ve been mentioned on national TV – The Hallmark Channel’s The Better Show!  Rick Browne was on the set sharing some great recipes from his outstanding newly released book – A Century of Restaurants: Stories and Recipes from 100 of America’s Most Historic and Successful Restaurants.  Rabbit Hill Inn is honored to be featured in this wonderful book.  And A million heartfelt thank yous to Rick Browne for including us in his TV appearance.  Our favorite quote was “Rabbit Hill Inn is the nicest, most romantic bed and breakfast in America”.  You made us blush Mr Brown.

Watch these two segments of The Better Show which aired on Friday Dec 13th, 2013  on The Hallmark Channel.

By the way,this wonderful book is a terrific Christmas gift idea.

Check it out here 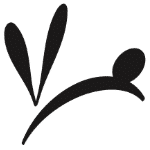